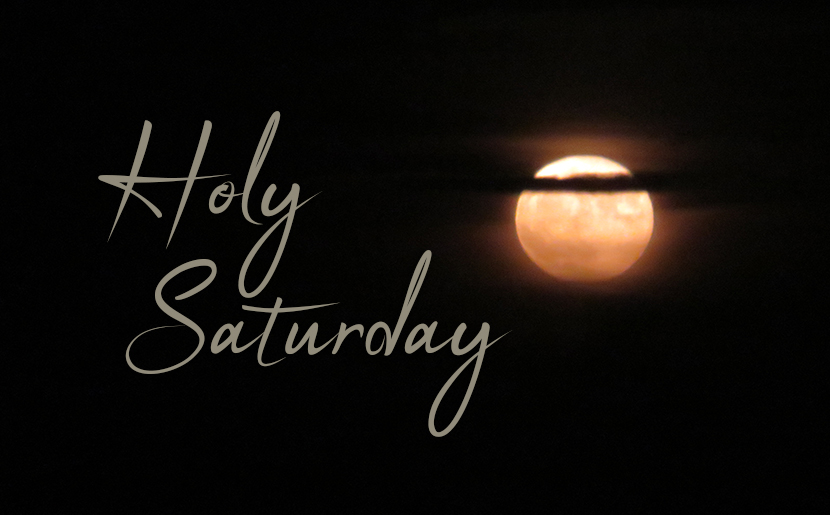 An ancient homily for this day begins,

Something strange is happening—there is a great silence on the earth today, a great silence and stillness. . . . God has fallen asleep in the flesh  . . . and God has died in the flesh and hell trembles in fear. He has gone to search for our first parent, as for a lost sheep. Greatly desiring to visit those who live in darkness and in the shadow of death, he has gone to free from sorrow the captives (Divine Office, Holy Saturday).

Twenty-five years ago during the Easter season, the Rwandan genocide began. In 100 days, 800,000 men, women, and children were killed. Emmanuel Katongole is a Catholic theologian who writes on conflict and reconciliation in Africa. On one visit to Rwanda, he met a woman who spoke to him of the “silence” of genocide. He calls her “Juliet.” It is perhaps a silence to consider during our Holy Saturday as we wait in a space between horror and hope.

Genocide destroyed us. . . . Many killed not out of hatred. They loved their neighbors whom they killed. Many killed because of fear. Many were led to believe that their own lives were in danger. The heightened propaganda succeeded in bringing many people to a state of hysterical fear: “kill or be killed.” As a result, generally peaceful people killed their neighbors. Christians killed Christians; others killed members of their own families. It is as if a beast that lurked within these ordinarily peaceful people was all of a sudden let loose.”[1]

Juliet continues, “The genocide has thrown all of us now, even those of us who never participated in the genocide, into an identity crisis.”  She explained, “We had always thought of ourselves as good, decent, and peace-loving individuals,” she said, “Now I keep asking myself: ‘Who am I?’ ‘Can I trust myself to be a decent good human being? Or is there a beast within me that will one day take over and lead me into the sort of madness we witness during the genocide.’”[2]

We have not lived through a genocide although if we look deeply, we are not innocent. We can see our fingerprints on Africa’s suffering through colonialism, the structures of the global economy and apathy. As Rwanda descended into violence, the world looked away. What happened in Rwanda happened to us—for we are one family. But we need not travel far or look only to history to harbor questions about the capacity the human heart—our heart—has for indifference, complacency, duplicity, and hate.

In the Gospel of Luke, the cross itself is a place where our own darkness is unveiled. It is a painful but honest realization of our own need for forgiveness and grace that paves the way for Easter.

When all the people who had gathered for this spectacle saw what had happened, they returned home beating their breasts . . . (Luke 23:48).[3]

Their eyes were opened. What they had become a part of? Who had they become? What has the human family become? Who have we become? Were these the earliest Holy Saturday meditations?

In the silence of Holy Saturday, we find in the words “he descended into hell,” a strange hope.

We will gather tonight in deepest night and a flickering flame will break through that darkness to remind us that already Love has descended and is once and for all victorious . . . .stealing into the shadowy crevices of our desperation where all hope seems lost. In Christ’s light, our hearts sink their roots into their foundation and are made trustworthy. A new creation already breaks forth in the depths of every soul as a spark for us to fan into flame. Alleluia.

[1] Emmanuel Katongole, The Journey of Reconciliation: Groaning for a New Creation in Africa, (Maryknoll, NY: Orbis, 2017), 39.