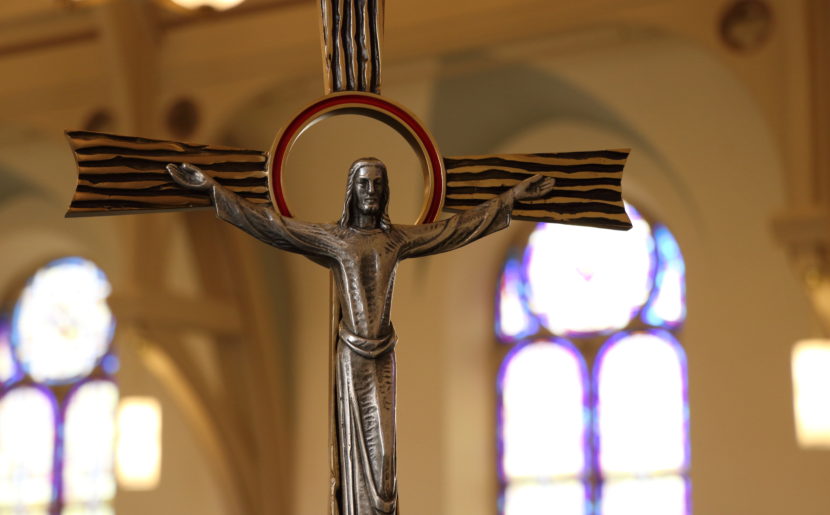 I grapple with this question each Good Friday morning at the Pentagon. At 7:00 a.m. thirty to fifty people meet on Army-Navy Drive just outside the Pentagon property, we walk in solemn procession to the “protest area” allotted near a Pentagon entrance. We reflect through scripture, song and testimony on who we as the United States are crucifying, making to suffer, and YES, killing. Who? Iraqis, Afghans, Native Peoples, Syrians, those in prisons and detention for being undocumented, and those without enough to eat or a place to lay their head. One hour of vigil outside this place in our nation responsible for some of the hardship and pain experienced across our globe. At the end of the hour we leave as we entered – perhaps having touched the heart of some police or Pentagon worker who passed us by on their way to work. Certainly, having touched our own hearts. 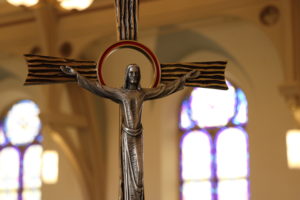 This is the beginning of my Good Friday ritual, since 1987. It continues with the Economic and Ecological Way of the Cross. I join Pax Christi and others to mindfully walk the steps of Jesus in this time of financial and ecological crisis. Locations around the city are selected that symbolize institutional roots of injustice and suffering. At each we share a reflection and a prayer. You may find the themes helpful to your own prayer.

SEVENTH STATION: JESUS FALLS A SECOND TIME
Ravaging the Earth and its people in the name of economic development: U.S. Treasury

EIGHTH STATION: JESUS SPEAKS TO THE WOMEN OF JERUSALEM
Deportation of vulnerable migrants and refugees: The White House

THIRTEENTH STATION: JESUS IS TAKEN DOWN FROM THE CROSS
Economic policies for the Common Good: International Monetary Fund

FOURTEENTH STATION: JESUS IS PLACED IN THE TOMB
Justice for migrants: Mexican Embassy

FIFTEENTH STATION: THE RESURRECTION OF JESUS
Signs and seeds of hope / Another world is possible