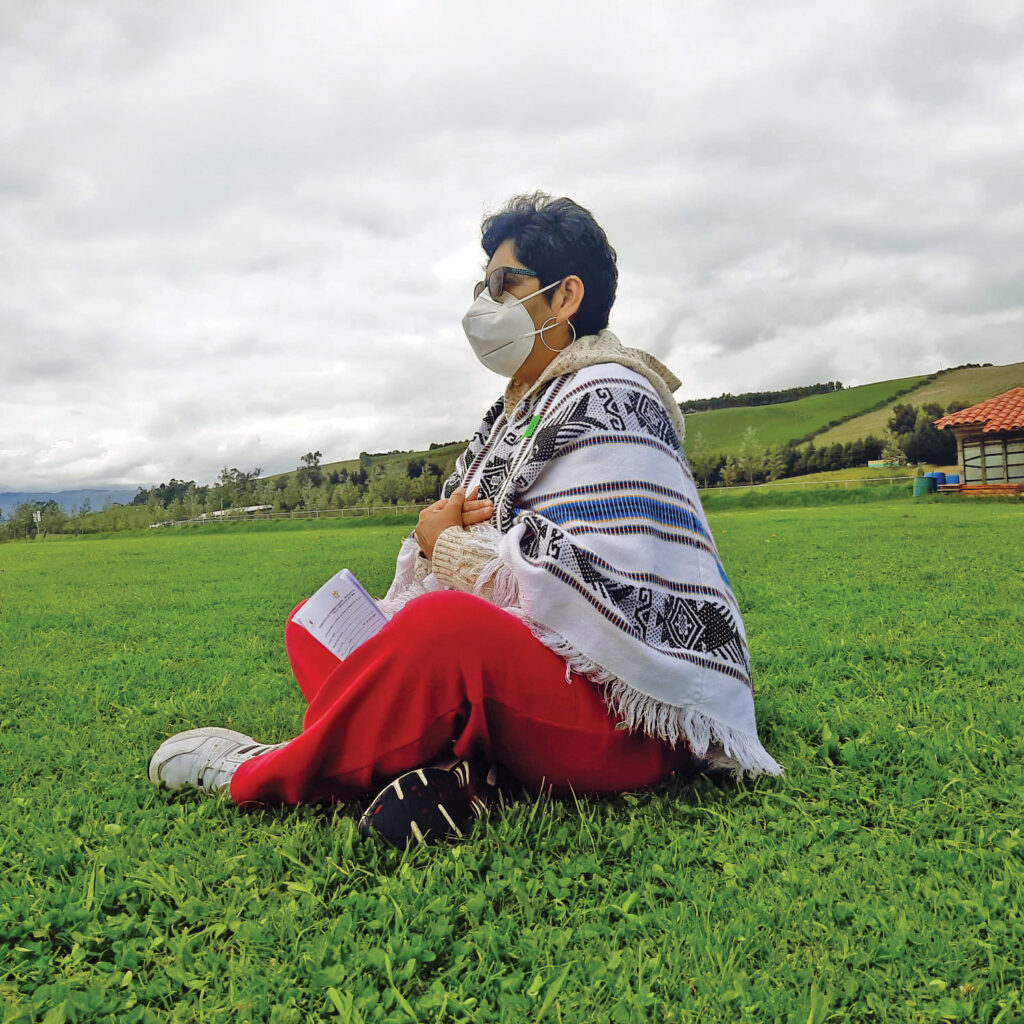 It began as a pull, an attraction to the freedom and practicality, the affection, passion for justice, and laughter of the BVMs she met in Quito, Ecuador. Saskia Alquinga followed that pull and joined a women’s discernment circle facilitated by Luann Brown, BVM. Later, she followed the call to begin her novitiate at Mount Carmel in Dubuque, Iowa. For her second-year novitiate, she explored the culture and spirituality of the people of Ghana, Africa. With cultural knowledge of Ghana and the United States, she returned to Quito to minister with the people of Ecuador through her nation-wide programs in educación para la fe.

After several years traveling the back roads of Ecuador and meeting formators throughout the country, Saskia felt the need to further deepen her spiritual direction and her commitment to service. Again, she left family, culture, and language to study, first, at the Claret Center in Chicago, where she received a certificate in Spiritual Direction in May 2019, then, at Catholic Theological Union (CTU)  to develop her skills and understanding of spiritual direction. She met others from around the world—experiencing the beauty and variety of spiritualities, customs, and practices from other cultures.  She received her Master of Arts degree in pastoral studies from CTU in May 2020.

After four years in the United States, she began to hear a new call, one to return to Quito. She wanted to bring the spirit of BVM Foundress Mary Frances Clarke to the people of Ecuador and to help sensitize the congregation to what it means to truly live inter-culturally.

On Sept. 4, 2021, 35 BVMs and associates gathered in the backyard of BVMs Pat Bombard and Kathy Conway in Brookfield, Ill. They were joined via Zoom by 15 others from around the country. They  met to say, not goodbye, but hasta luego y gracias por todo.

A Message from Saskia

Returning to Ecuador was a re-learning of culture, economics, and education. The poverty is present: people losing their jobs, immigration, and emigration to other countries. The violence is everywhere. At the same time, there is hope. People are working for a better world on behalf of the vulnerable population.

I have recently accepted a position with Fe y Alegría Ecuador, as a pastoral companion. I serve five elementary schools and secondary schools in the Valle de los Chillos in Quito. The population in these schools is small, and I am re-learning to work as a team and among the diversity of people.

“Thank you” to all my brothers and sisters of the BVM community. We are one body. Let´s continue to open our hearts and minds to embrace one another and make our dreams a real presence to all. 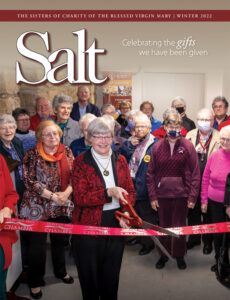 WINTER 2022: CELEBRATING THE GIFTS WE HAVE BEEN GIVEN

In this issue of Salt, the Sisters of Charity of the Blessed Virgin Mary adapt and thrive during the pandemic, use their gifts in ministry in ways that carry out the BVM core values, express gratitude to supporters and donors, and take strides to preserve BVM history.