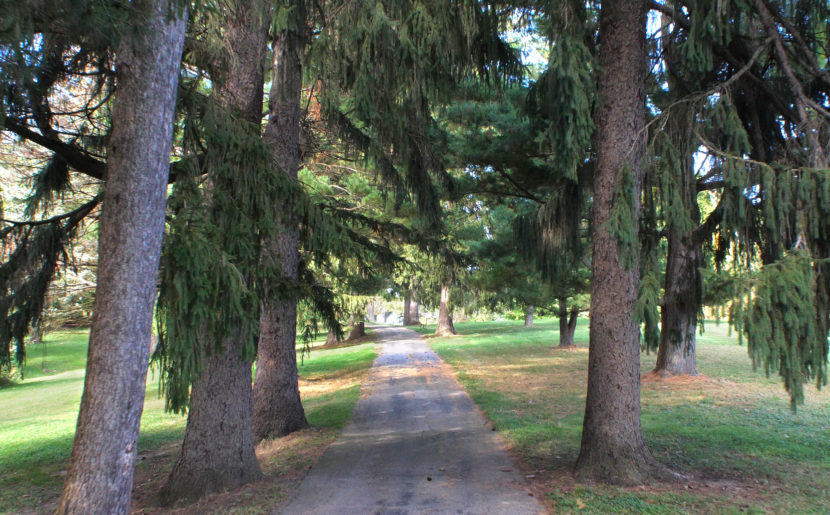 The place God calls you to is the place where your deep gladness
and the world’s deep hunger meet. —Frederick Buechner

I have been a Sister of Charity of the Blessed Virgin Mary since 1952. I came from Chicago to Dubuque and entered the congregation at Mount Carmel at the age of 18 after 12 years of Catholic education. In those days sisters were part of our landscape, part of everyday life. I had an aunt and a cousin who were BVM Sisters. Like most young people I knew I was both in awe of and comfortable with the sisters.

Growing up in a family of eight children in a house with three bedrooms and one bathroom; where meals were shared around a large dining room table and everyone had assigned chores, I was well prepared for community life. I learned in my home how to share and take my turn and to put others first. Having an older sister who was critically ill for most of my childhood, shaped many of my attitudes about the power of prayer, the presence of God and awareness of the needs of others.

I took to religious life like a duck to water. The quiet longing for something more, someone more—that I had begun to feel at the age of ten or eleven was somehow fulfilled. Learning how to pray more deeply and learning that making time for prayer was a priority, introduced me to a new relationship with the Holy One. Our novice director told us we should have a name for God. I chose to call God, “Love.” Not very original but it worked for me and to this day the first thing upon waking I greet God with, “Good morning, Love.”

Even as a young adult I grew to love the long periods of silence. Whether working or studying we would try to turn our hearts to God. It created lifelong habits of awareness of the sacred in every person encountered and in every task attempted.

My professional life or “ministry” began as an elementary teacher. I loved every minute…well, most minutes of it. There were times of laughter along with the miracle of seeing children’s minds open to the world of knowledge and God.

I am not sure. My daughter keeps talking about Sister Mary Superjet!

One of my favorite stories happened during my first year of teaching. My father’s name was Herbert and I was given the religious name of, Sister Mary Herberdette. My older brother met a friend at a wake, whose daughter attended the school where I was teaching first grade. My brother asked what the child’s teacher’s name was. The young father replied, “I am not sure. My daughter keeps talking about Sister Mary Superjet!”

. . . these same boys went off to Vietnam and there were frequent visits around the convent kitchen table where I just listened for hours as the pain and horror and grief poured out of their young, vulnerable hearts.

Over the years my work involved mostly junior high teaching. The parish had just built a new gym and once a week I would take the girls and later the boys for their gym class. The girls were always ready and waiting for me outside the locker room and we got back into the regular class routine quickly. The boys were another story. One day I knocked on the boys’ locker room door and called in, “If you are not out of there in two minutes I am coming in!” An adolescent voice called back, “Bring your own towel!” In later years these same boys went off to Vietnam and there were frequent visits around the convent kitchen table where I just listened for hours as the pain and horror and grief poured out of their young, vulnerable hearts.

I later moved into parish religious education where I was educated in my faith by the beauty and depth of relationships with God that catechists shared and expressed. My last ten years of active ministry were spent as a Hospice Chaplain where laughter and tears mingled as families and their loved ones shared memories and hurt and were able to say things to one another that eased the letting go. Hospice work makes one a firm believer in the Communion of Saints.

In my first 15 years as a religious woman, I wore a habit and each year was assigned to a ministry with no discussion about it. Just, “You are assigned to St. Patrick’s Mission.” Then Pope John XXIII appeared on the scene; in 1968 the Vatican Council told sisters to study and recapture the spirit of their foundress . . . BVMs discovered an Irish immigrant and her four companions from Dublin. Her name was Mary Frances Clarke and she spent her time on the prairie outside of Dubuque in a simple calico dress, apron, and ruffled cap. She often engaged in doing domestic work with the non-teaching sisters. She was known for her quiet dignity, her business acumen, her deep prayer, humility, and kindness . . . and she never wore a religious habit.

Community lore tells that one evening Bishop Loras was told by an irate parishioner that one of the Irish sisters was seen at a drug store very late at night. The bishop checked on the story and was told that it was not one of the sisters but Mrs. Brennan who liked the simple Irish dress and bonnets of the sisters and so adapted her own outfits to match theirs. Upon hearing that Father Donahoe, who was working with the BVMs at the time said, “I will design a habit for them that no one will want to imitate.” If you remember the Coffin-like boxy headdress that BVMs wore for decades I think you would agree that Father Donahue succeeded.

Back to the late 60s and early 70s…having discovered a foundress who never wore a habit most BVMs quickly took to wearing simple black suits and veils, and even more quickly moved into a complete secular dress. Our only rule was, “Sisters who wish to retain the traditional habit will not be criticized.”

The habit was the outward visible sign of much greater changes taking place in the lives of women religious in the United States. Our life was no longer governed by detailed regulations for every minute of the day.

The habit was the outward visible sign of much greater changes taking place in the lives of women religious in the United States. Our life was no longer governed by detailed regulations for every minute of the day. For many women, convent life became uncomfortable; not as safe as it once had been. We were being called to go out among the people, especially the poor and marginalized and in time, to find our own ministries. That was scary for women in their thirties and forties who had never applied for a job since high school; hundreds of sisters chose to leave the convent. It was hard for those making the decision to leave; it was just as hard for those who made the decision to stay. Many of the women who left the congregation still return to Mount Carmel on the anniversary of their entrance days. We grew up together and still remain friends and sisters to one another in our old age.

Where God is calling us today?

I often think that BVM life was so strict that when the rules were relaxed it was letting go of a slingshot and everything went flying every which way. We spent ten years rewriting our Constitutions/rule, as the council had decreed. Fifty years later we are still marveling at the beauty and richness of the document and still mining its depths to find where God is calling us today. Church authorities got nervous about the direction convent living was taking in the United States and so about ten years ago an Investigation by the Vatican was initiated. It was a painful and hurtful time for us. Vowed religious women and men were sincerely trying to do what the Catholic Church had asked us to do. We were faithful to our vows, to prayer and the charism of our foundress. And still, after centuries of devotion and service, the church did not trust us. In the end, the investigation was a gift. It bonded women religious all across the nation, within the same community and between communities. And that bonding goes on today as American congregations reach out to developing nations and offer hospitality and education to our sisters from around the world. There are four Vietnamese Sisters of the Immaculate Heart of Mary living with us at Mount Carmel today. A Chinese sister makes Mt. Carmel her home away from home at the holidays. There is a bond of sisterhood in Christ that is strong and growing. They share stories of suppression and underground Churches and government interference in their ministries. The learning goes both ways.

When BVMs gather today there is a spirit of joy, affection, and contemplation. We are firm believers in the Communion of Saints and call our deceased sisters to, “Be with us” when we gather. Our numbers are smaller. Perhaps we have brought to completion the ministry God called us together to do in 1833. Perhaps there is a whole new mission about to open up before us. We are trying to live with open minds, hearts, and hands. In the words of Mary Frances Clarke, “My dear sisters, leave the future to God; as long as you are working unitedly I have no fears for you.” The same God who brought us this far will guide us into the future.

While there are many calls to vocation, here are many ways you can get involved with the Sisters of Charity, BVM:

Vowed Membership
Becoming a BVM is a time of growing in relationship and a process of mutual discernment.

BVM Association
Associates offer sisters and one another friendship and support through prayer and service to others.

Volunteer
Join the Sisters of Charity, BVM in reaching out in love to people in need for an afternoon, weekend or more.