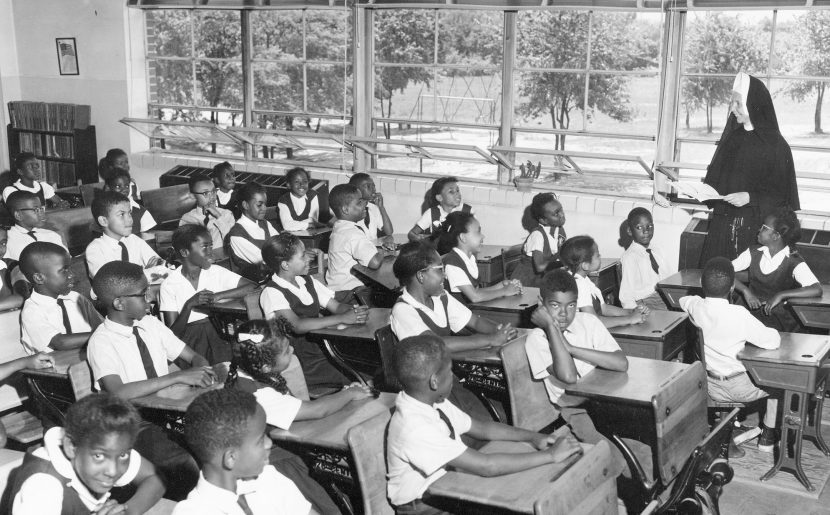 “I think as a country, we still don’t admit that racism is one of our biggest problems.” Donard Collins, BVM

As they reflect during Black History Month, BVM Sisters who taught in the segregated South say those missions changed their lives.

They went to teach, and they did. But they also learned about their country and themselves. They witnessed poverty, discrimination, prejudice, and racism. They were there for the beginnings of the Civil Rights Movement and saw that integration would be a struggle. Their experiences profoundly influenced their views on justice, solidified their belief in equality, and deepened their spirituality. See their videotaped reflections here:

“It was difficult. I am sure and I am positive that I am a changed person because of it,” she says.

“We were the only white teachers in that entire Memphis school system teaching black students, so we were not looked upon very highly. Once you start teaching, the color of the student quickly fades, because all students are the same,” Kathryn says.

“I went down to Clarksdale, Miss., which was like going back in time,” says Donard Collins, BVM, who taught at Immaculate Conception Elementary School in 1964-65. “Sometimes, you almost felt you weren’t able to do that much to help,” but she knows she did.