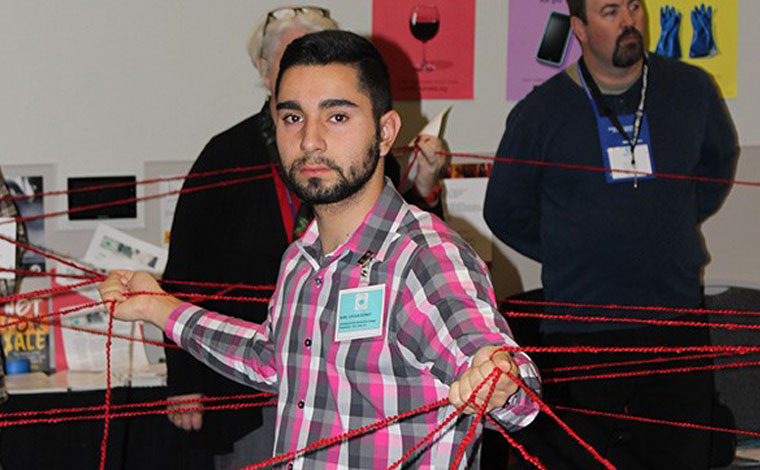 Much has happened in the world of ending Human Trafficking since I blogged last year in January, 2016. Now it is once again Human Trafficking Awareness Month. Not a day goes by that there is not something in the news or a fresh resource is found or new federal legislation is passed.

Needless to say the issue is still alarming and in need of attention. So many groups continue to work diligently on eradicating this modern day slavery.  BVMs in Dubuque collaborate with others there and Rosemary Meyer, BVM through Project Irene just sent out an excellent prayer ritual. Contact rmmeyer@bvmcong.org. See also BVM website under Social Justice for background and resources. bvmcong.org or check out the Summer 2015 SALT article by Dan Abben.

Here in the Bay Area work way before and after the Super Bowl propels us forward.  As part of a blog for Carmel High School in October, 2016, I highlighted my work with some High school students.  (http://www.carmelhs.org/s/402/GID9/social.aspx?sid=402&gid=9&pgid=1116)

Young adults continue to amaze me and so I would like to pass on the work they are doing as a sign of HOPE amidst such a world of violence and suffering today on many fronts.

One of the students with whom I collaborated, chose as her Senior Service Learning Project the creation of short YouTube videos to highlight key information about Human Trafficking. She and a friend interviewed key players in the Bay Area from County Supervisors, to Directors of Social Agencies, to leaders in several agencies, students, and faith-based advocates.  Elizabeth Avalos, BVM and I were privileged to be part of the project. Her work can be found at their website: Hummingbird Project: Human Trafficking http://humantraffickingss.wixsite.com/hummingbird and view videos on the YouTube channel at http://tinyurl.com/hvzl79w.

“In the simulation of an intricate web of human trafficking, a victim (portrayed by a student) stood in the center of the room holding a ball of red yarn.  Attendees at the conference formed a circle around the victim.  Each participant represented one of the many people with whom the victim comes into contact while being trafficked. (perpetrator, pimp, relative, police, social worker, landlord, clergy,etc). As each contact was made, the participant received and held onto a piece of the red yarn.  The tangled and complicated web of human trafficking soon became visually apparent to everyone in the room”.

Two other High school Sophomores have done extensive research on legislative activity both in California and nationally and are up-to-date on recent legislation.  One also worked on an annotated list of various phone apps on the subject.  (contact mwilson@bvmcong.org for info).

Another high school Sophomore, a leader at her local high school Amnesty International chapter, is currently working on a project called GREET (Girl Rights: Engage, Empower, Train) for her Girl Scout experience.  She is in the process of creating a documentary film and a website on the definition of girl rights and violations, and the prominent issues of child marriage and human trafficking (especially sex trafficking targeting girls and young women). I and Elizabeth Avalos, BVM are privileged to be part of her interviews.

Toward the end of January, thanks to a history professor and graduate students, Stanford University will release their online training program to educate businesses (hotel and restaurant management and staff) as well as the general pubic on ending human trafficking.  (contact mwilson@bvmcong.org for further information)

So I pass on to you the fruits of these many labors and again ask you to: