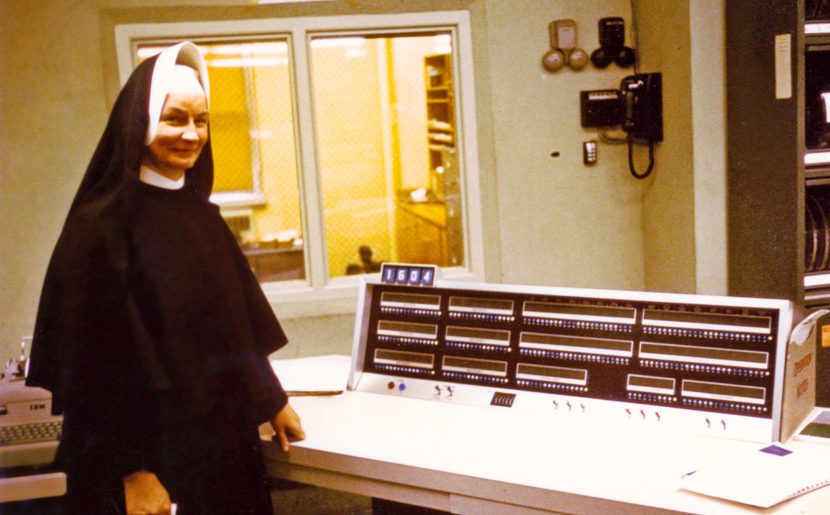 Sister Mary Kenneth Keller, BVM was one of the first women to receive a PhD in computer science, which she received from the University of Wisconsin–Madison in 1964. She was the first person—man or woman—to be awarded that degree from that school.

After receiving her PhD, Kenneth was appointed chair of the newly-created computer science department at Clarke University, a position she would hold for almost 20 years. Under her leadership, the program grew to include a master’s degree in computer applications in education.

Kenneth was a strong advocate for the involvement of women in the field of computer science, especially given the growing demand for computer experts and information specialists. There were (and are) jobs to be had and she saw no reason that women could not fulfill these needs.

After her death in 1985, the computer center at Clarke was renamed the Keller Computer Center and Information Services.