Racism is an outer reflection of inner thoughts.

So the first step toward eradicating racism might be an individual examination of conscience.

It will be uncomfortable and it will not be a quick fix. While it begins singly, it will take all of us working together to eliminate systemic racism.

The pandemic, economic collapse, and George Floyd’s murder brought injustices that had been in the shadows into bright light.

Sisters of Charity of the Blessed Virgin Mary, driven by their core value of justice, have been reading, listening, and praying about where to start healing. They are beginning with themselves. 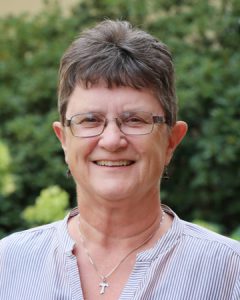 “A first step to addressing our own racism and white privilege is to name it and own it. I am a white woman, educated, live a middle-class lifestyle and have access to many resources,” says Nancy Miller, OSF, social justice coordinator for the BVMs. “Although it is humbling and embarrassing to admit, I am a racist. The only way to wholeness and healing is to admit it. I do hope I am a recovering racist and am seeking to unlearn racist attitudes and behaviors.”

It takes intention to do that work, and can feel like too much unless you focus your passion on a particular injustice.

Otherwise, “the issues are complex and intersect so one can readily feel overwhelmed and paralyzed and choose to do nothing,” Nancy says.

Doing nothing only produces guilt, she says. And while it starts with an individual, don’t go it alone.

“Get connected with others—either an organization or a group that has similar interests or goals. It is one of the best ways to remain energized as well as a means to create change,” Nancy says. “Bonding with others makes us and our efforts stronger. Building relationships and a sense of community are principles of nonviolence and sustain and empower us in the long run.”

Talk to people inside and outside your circle. Don’t avoid conversations on race relations.

“I believe we must lament and seek forgiveness for perpetuating racist structures that our white privilege has benefitted from and seek restorative measures to change systems. To really be changed, expect discomfort and the challenge to re-think attitudes and some previously learned biases,” Nancy says. 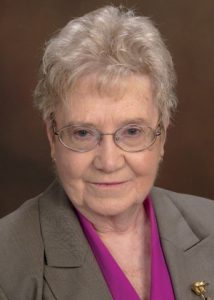 “I need to educate myself to the real situation that is right around me, first here in the city and state where I live and then in other parts of the country,” says Bernadette (Lucinus) McManigal, BVM. “When I cast a ballot, do I consider the impact of this issue on poor people and especially people of color? Do I vote for people who will tackle the problem of injustice? Do I write or call my representatives on those issues?”

White privilege is so ingrained we might not recognize it in ourselves or in the world.

“Once I read the quote, ‘How do you move a mountain?’ The response was, ‘One stone at a time.’ I feel the task before us is to keep removing stones and not lose hope in the slow but deliberative process,” Bernadette says. “I see my prayer and simple actions as beginning to remove the stones from this boulder.”

She sees “legal yet immoral” instances of racism.

Blacks are incarcerated more often than whites and sentenced to longer prison terms for the same crimes.

“The area of education would be another prime example. Consider the state of schools in the Black areas of our cities. Consider the local law that forces children to attend the school in their area. This legal yet immoral,” Bernadette says. 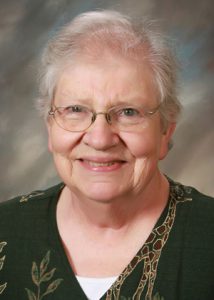 “My experience as a volunteer in two Southside Chicago public schools convinces me that inequality in education is criminal,” Lois Dolphin, BVM, says. “Schools need social workers, nurses, librarians, smaller class sizes, aides in the classrooms. Many of these children have been traumatized by the violence in their neighborhoods and in their families.”

The hard work of recognizing our own racism includes reading, listening, discussing, praying, and repenting, she says.

“As a congregation, I hope we will name racial equality and justice in housing, education, employment, and voting as social justice priorities for us,” Lois says. “I want to acknowledge the good things we are already doing for many people with our grant programs and scholarship programs. We might consider searching out and prioritizing programs that are specifically targeting racism.

“I wish there was a way we could educate the larger Catholic community since the bishops have not shown much leadership on the Black Lives Matter movement. During this time of COVID-19 restrictions, it’s impossible to bring people together but when this is over, I hope we can find a way to partner with other women religious to provide leadership in this area,” she says. 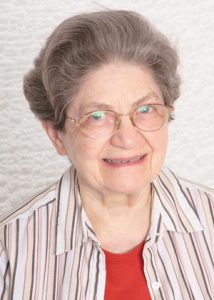 “The disparities extend to the basics of life: food insecurity, educational attainment, health care, the justice systems, and housing,” she says. “It would take a page to describe all the housing disparities. For example, redlining and segregation are still very prevalent.”

Part of the housing disparity traces back to the end of World War II, when Black veterans did not benefit from the GI Bill when it came to housing. Only white veterans were awarded GI benefits for housing.

In Chicago, “I belong to the Community Renewal Society and Jane Addams Senior Caucus, two organizations that work for social justice. Our members are of varied creeds and colors. We are able to get ordinances passed regarding housing and other issues,” says Mary Ellen. 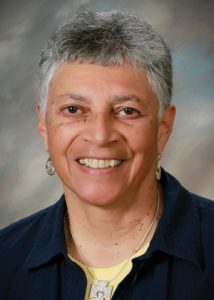 BVMs and associates are reading and discussing White Rage: The Unspoken Truth of Our Racial Divide by Carol Anderson.

“White Rage has been a great means of opening my eyes to the planned injustices that developed,” says Elizabeth (Mary St. Augustine) Avalos, BVM. “But it is important to be aware that those injustices were not leveled only at Black Americans. The struggle of the suffrage movement and the cruelties inflicted on women were occurring at the same time as those inflicted on Black Americans. We can then cite the Asians in the West and the discrimination and terror tactics they had to confront.

“And the Native Americans whose land was stolen, besides the devastation of their way of life.

“For me the many injustices are born from a desire to have the best for oneself no matter what the cost,” Elizabeth says. “It is forgetting about community; it is not acknowledging that we all are connected to one another. We may not be of the same blood type or come from the same gene pool, but we are all one family. We are brothers and sisters to one another and until we accept that truth, all injustices will continue.

“I believe that we have to begin with ourselves,” Elizabeth says. “We have to be honest and assess what we have as individuals, as a family, as a community, a city, and a country. How can we share our abundance with others? How can we be a family to one another? How do we organize to create just laws? How do we begin to say we are one and therefore let us treat one another as friend and brother or sister?

“We can have great conversations, we can educate ourselves, but unless we act nothing will change,” Elizabeth says. “We need to look at ourselves in the mirror and say with great belief from deep in our hearts that the migrant crossing the border is me, the Black American being stopped by a police officer is me, the young Muslim girl being told not to wear a hijab is me.

“When we as individuals accept those statements as reality, we have taken a step forward in changing the world.”

About the author: Mary Glindinning is a communications specialist for the Sisters of Charity, BVM in Dubuque, Iowa.