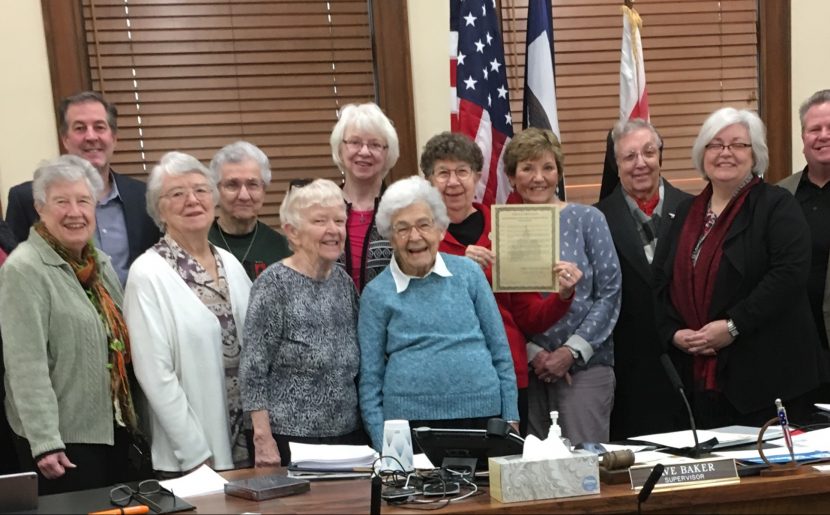 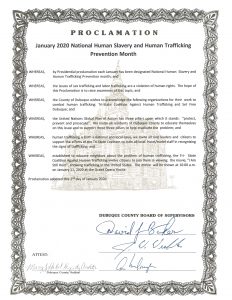 The Dubuque, Iowa, County Board recognized the work of the Tri-State Coalition Against Human Trafficking and Slavery at its meeting Jan. 2. The proclamation also recognized Set Free Dubuque for its work, and encouraged citizens to attend the movie “I Am Still Here” at the Grand Opera House in Dubuque Jan. 11. BVMs and other congregations helped form the coalition.

In California, BVMs work with a local group of women who formed Stop Trafficking on Our Planet (STOP) in 2015 to identify tangible ways to eradicate human trafficking.

“I am inspired by and contribute to the extensive work of this group of women to advocate, educate, and collaborate on such a pertinent issue today,” says Marilyn Wilson, BVM.

The Saratoga City Council thanked STOP for its work in a proclamation this week recognizing January as Human Trafficking Awareness Month.

On Jan. 26 from 2-4 p.m. at Saratoga Federated Church, “Hope in the Darkness” will educate people on how to protect children from human traffickers. It includes Lily’s Wings, a bilingual play for youth about human trafficking.

The FBI identified the San Francisco Bay Area as one of the top 13 sites for child sex trafficking in the country, and the National Human Trafficking Hotline receives more calls from California than any other state. 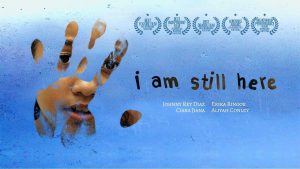 In recognition of National Human Trafficking Awareness Day, a free screening of a feature-length film about child sex trafficking was held Jan. 11 at the Grand Opera House in Dubuque, Iowa.

“I Am Still Here” tells a fictional story based on true stories of child sex trafficking.

The Tri-State Coalition Against Human Trafficking and Slavery used donations given to raise awareness, and specifically to show this film, to present the free screening.

“It is our sincere desire that we would see parents and their teenagers, and other adults to become more aware of human trafficking concerns and to know how to be ready to respond,” said Carol Cook, BVM, a coalition member.

The film won the audience award at the Julien Dubuque Film Festival and was honored as the best feature film at the Nice International Film Festival in France.

“While ‘I Am Still Here’ may be a difficult film to watch, what is worse is the notion that this is happening to children every single day in this country and it falls on us to help combat it,” says writer and director Mischa Marcus.

Mischa made the film because “when she was in college, she discovered there was a brothel that was being run from a home nearby. She was very surprised that trafficking was happening in a safe-looking environment and that nobody had realized it,” says Suzie Wright, a coalition member.

Mischa, of Los Angeles, says awareness and prevention are the goals.

To learn more about signs of Human Trafficking, visit: https://www.sistersagainsttrafficking.org/.